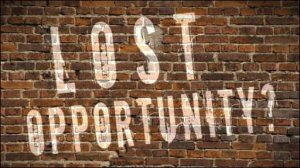 There is a line in the movie Clear and Present Danger that I have always liked. I’m sure it’s not the only example, but it’s the one I’m using here. It comes when Jack Ryan is in the Oval Office with the President and his advisors, discussing what course of action the President should pursue as it relates to the killing of a family he was friends with. The problem for the President, in this case, is that after the murder, it was discovered that the victim was involved in some illegal money laundering. The advisors all agree that he should play down their friendship. Jack Ryan, of course, disagrees, and then comes the relevant quote. “You can’t disarm a bomb after its already gone off.”

Now, I’m sure you’re asking yourself, “Where the heck is he going with this?” I’ll tell you where I’m going. I’m going straight to steroids in baseball. A, sort of, revisionist look at how the whole thing went down. More importantly, a look at why Jack Ryan could have saved the reputations of so many Hall of Fame players, if they just took his advice.

The reason why Jacks advice worked in the movie, is because he was asking The President to just tell the truth. He had been a lifelong friend to the victim, and denying it would have only raised more eyebrows. By admitting his friendship, he took the attention off himself, and put it back on the larger issue, which was his friends criminal involvements and who killed him.

We all know how the steroids issue was exposed. Jose Conseco was broke and he decided to cash in on Major League Baseballs dirty little secret. Hardly what I would call noble. Nevertheless, the bomb had exploded. Unfortunately, the vast majority of the public didn’t believe him, so the players AND the league thought they could deny it. The problem is, that the vast majority DOES NOT mean everyone.

Some journalists and investigative reporters started digging, and before long, they began substantiating Conseco’s claims. Little by little, the vast majority wasn’t so vast anymore. With each passing week, more and more information started coming out. Meanwhile, the denials from the players started piling up. Just as Jack Ryan had intimated, with denials come more raised eyebrows. Then BALCO came along and completely removed all doubt about steroids in sports.

Certainly, this is not exactly new news, but that’s not my point. Remember, “You can’t disarm a bomb after its already gone off.” That, however, is exactly what Major League Baseball and the players tried to do. Guess what? It failed miserably. Now, a who’s who of Hall of Fame worthy players, may NEVER get in, and they have nobody else but themselves to blame. Not because they used steroids, but because they denied it.

Imagine, for a moment, that when the evidence began building up, and the Commissioner decided to move forward with the Mitchell report, that the players got out in front of it. Before BALCO. Before Congressional hearings. Before testing. Just a group of players, young and old, journeyman and star, standing together, shoulder to shoulder, admitting the problem that they had in baseball, and wanting to fix it. Not pointing blame or asking anyone to feel sorry for them, but just an honest explanation of how they had gotten to this point.

What an idea. Honesty. Something that most people would have understood and accepted. Maybe not at first, but inevitably. Furthermore, in an effort to keep the players involved, from being thought of as the only ones, you get some high profile, and not so high profile players, from the 60’s and 70’s, to stand up and be counted for the “greenies” and cocaine use of their era. All this truth would do wonders for the current batch of players who are going to have trouble getting in the H.O.F. How can you keep someone out, when users are already in? You can’t change the past, but all the current confessions make it hard to deny admission to the present day guys. The traditionalist voters would make a stand for a few years, but in the end, the players that we all know deserve to be in the Hall of Fame would get in. Eventually, the story would be history.

Unfortunately, the players AND the league blew it. Most baseball fans believe that steroids use was rampant from the late 80’s until about ’05. Probably a lot closer to Conseco’s 80% than we thought. However, all parties involved thought that they could disarm a bomb that had already gone off. Thanks to their stupidity, the Hall will be missing many deserving players. Most notably, the best 5 tool player ever, and arguably the best pitcher ever.

The funny part about it, is that they could probably still do it now, and salvage their legacies………………..but they won’t. It’s truly sad.